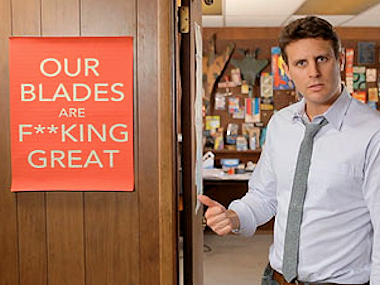 We love great marketing ideas. Whether they be viral campaigns or guerrilla style, sometimes the most innocuous creations can revolutionize the brand and the product, quickly becoming a symbol for the company for years to come.

Not many resources have helped transform businesses from ordinary into extraordinary like YouTube. Thanks to the powerful world a social media and the ease of producing and uploading videos to its platform, YouTube has helped make million dollar ideas into actual millions.

Here are 10 YouTube marketing videos that transformed the perception of a brand and solidified their products into history:

Although GoPro had more than burst on the seen when this beauty hit YouTube, it has to be on this list for two reasons. The first being all business as the GoPro was largely recognized as a toy for extreme athletes to showcase their crazy antics and this video garnered the attention of millions outside their perceived demographic. The second reason it’s on this list is that it made me want to cry so hard and buy a GoPro!

GoldieBlox creates a variety of products that promote young girls taking an interest in science and engineering. They launched this video that parodies the Beastie Boys famous song “Girls”. Although they never asked the Beastie Boys for permission to use the music and resulted in their being sued, the commercial was such a success that the company went on to earn the distinction of being the first small business air a commercial during the Superbowl!

This one doesn’t even seem like an advertisement. It has no logo or call to action, but it did manage more than 5.5 million views and I’m guessing a few new customers for Robert Dollwet, the Australian who produced the video and happens to own an animal behavior business.

Chuck Testa is a tribute to the old saying “it’s so bad that it’s good”. 15 million views and counting, this California native certainly didn’t worry about production value or acting quality. Did he need to? Sometimes understanding your target market can influence how you reach them. So ask yourself, Chuck Testa – genius or?

Macquarie Dictionary out of Australia was kind enough to explain the origin of the word Phubbing. I’d tell you what it means, but then you won’t watch.

Bodyform produced this video in response to a Facebook post calling into question the integrity of their commercials. It’s very tongue and cheek, but its place on this list presented a unique opportunity to showcase the influence social media has on business and to put two period related commercials back-to-back.

The Camp Gyno took YouTube by storm, drumming up over 6 million views in its first month. Try to look past the 12 year old girl rejoicing at the arrival of her period and you’ll see that this commercial is on point.

What more can you say, it’s JCVD doing the splits between two Volvo semis. I know for sure that I am now fully aware of the precision of Volvo’s Dynamic Steering.

Yes this is a real product and the video emphasizes that point throughout. This little viral video took the product and the company from a decent performing niche product to mainstream phenomenon! It’s also a funny watch for the boys and the ladies.

In 2011, not many had heard of Dollar Shave Club, that all changed in 2012 when they launched a promotional video starring their CEO Michael Dubin. 15 million plus views later and Dollar Shave Club had 12,000 new customers in two days.

The video was so successful that Dollar Shave Club has launched an additional product… let’s call it a niche product… called “One-Wipe Charlies”. Check them both out: